In case you missed them, here are our programme notes from the recent home game against Concord Rangers. 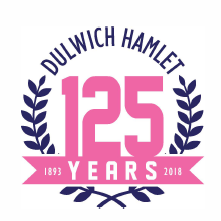 Welcome back to the first Saturday home league game of the season. It has now been a week since our debut at Welling in our first campaign in National League South.

The close season seemed to simply fly by, with many supporters getting together to watch the World Cup and travelling in large numbers to support the team in Hamburg. It feels as if we have not been away! As I write this, I cannot help but think back to that May bank holiday and the amazing celebrations the squad and supporters shared, both at this ground and back at Lordship Lane, on the now re-named Promotion Roundabout.

Talking of promotion, today we have our specially designed celebration scarf on sale, priced at £10. These went on sale at Wednesday’s home game against East Thurrock and seemed to be an instant hit with supporters. We have also ordered a promotional T-shirt which will be available to buy in the next few weeks.

The relocation to Imperial Fields has unfortunately had an impact on our merchandise setup as we have been forced to downsize and operate from the ‘mega-table’. However, arrangements are being finalised to temporarily re-locate the mega-container until we can return to Champion Hill. In the meantime, our online shop offers the full range of current merchandise (www.dhstshop.org.uk) including last season’s Kappa teamwear range.

The Trust has also, once again, agreed to sell both home and away replica playing shirts on behalf of the club. We recently placed our first order and, with the lead-time being significantly less that we experienced last season, we hope to have these in stock by the end of August.

One of the Trust’s key objectives is to maintain strong links with the community. One of the ways that we achieve this is to promote the Club at local fairs. Over the Summer, the Trust organised stalls at the Lambeth Country Show and the Goose Green Festival Fair which provided us with an opportunity to talk to many local fans, updating them on the current situation of the Club and encouraging them to attend matches whilst we are in exile. We would like to thank the Club’s Directors for supporting our initiative of offering new fans the opportunity to attend a game for free over the next year and look forward to welcoming them to Imperial Fields.

The Club’s community work has been celebrated for a number of years and we were delighted to accompany the Directors and members of the SaveDHFC campaign to the Southwark Civic Awards in May. At this ceremony, the Club were honoured to be presented with the Mayor’s Discretionary Award, Southwark Council’s highest Civic Award. This was not the only celebration, however, with Trust member and DHFC fan Catherine Rose elected as Mayor of Southwark for the coming year! We are thrilled with the opportunity this presents to the Club and have already had a number of productive meetings with Catherine, looking at ways to resolve the current problems.

Of course, we could not achieve any of this without our members volunteering their time – in particular, we thank the Dulwich and Tooting and Mitcham fans who have been sprucing up the ground over the past few weekends. Whilst this is our home, it is good to see supporters working together to make this a welcoming place to visit.

During the summer break, we held our AGM alongside the elections of the new Trust Board. A record number of 15 members were nominated for the six available roles, highlighting the importance our members place on the Trust’s role in assisting the Club’s Directors to secure the long-term future of Dulwich Hamlet. An introduction to the new Board will feature in the next programme.