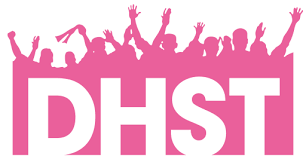 After last night’s AGM upstairs at the East Dulwich Tavern, we announced the newly elected members to the Trust board.

We were delighted that 15 Trust members submitted nominations to be on the board. As there were only 6 available seats on the board this year an election was held.

Re-elected to the board were Mel Hughes and Isaac Parnell. They are joined by four new board members Alexandra Smith, Paul Griffin, Mark McGann and Michelle Chapman

We would like to thank all 15 members who submitted nominations. All the applicants had a great variety of skills to offer and we hope to be able to draw on these in future Trust activities.

Thank you also to all those who attended last nights AGM and voted in the election. 91 members cast valid votes, which makes this DHSTs biggest election ever!

Special thanks also go to the East Dulwich Tavern for hosting us and setting the room up so brilliantly.