Dulwich Hamlet may have welcomed fans back through the gates a few weeks ago this for the first time since COVID-19 tilted the world sideways earlier this year.

One of the reasons these games were able to go ahead, was thanks to the hard work of a small team of volunteers.

Since the women’s team league fixture on 13 September, supporters will now be well aware of the recent announcement, from the Government, that the proposal of crowds being able to return to elite sports events (in limited numbers) from next month has now been postponed.

This postponement now means that fans would not now be able to attend any of the men’s fixtures should the National League season commences next Tuesday with a home fixture against Concord Rangers.

The upkeep of the ground is a big job at the best of times, but with the longer break this year, and with the impact of COVID on safety and operational procedures, a herculean effort was needed to get everything ready for the start of the 2020-21 season, and so, with co-ordination from the Football Club and the Supporters’ Trust, a small army gang of staff, volunteers, friends, family and Trust members stepped in to help.

In 2018, when Dulwich Hamlet returned to Champion Hill from exile in Tooting, the Trust asked for help preparing the club to reopen – and over 80 willing volunteers showed up – a touching demonstration of the wonderful support that exists for the club. This time, there was a need to limit how many people were onsite, so the team was made up of Trust Board members and a few core club volunteers.

The first big clean-up session fell on a hot, sunny day in August. Our crack team of willing helpers showed up ready to weed, paint, clean, mend and remove rubbish from the site. One group tackled a car park cleanup, while others were assigned tasks inside the ground. The pitch, unused for nearly six months, had a shaggy fringe of weeds around the edge, all of which needed to be pulled up and cleared away. 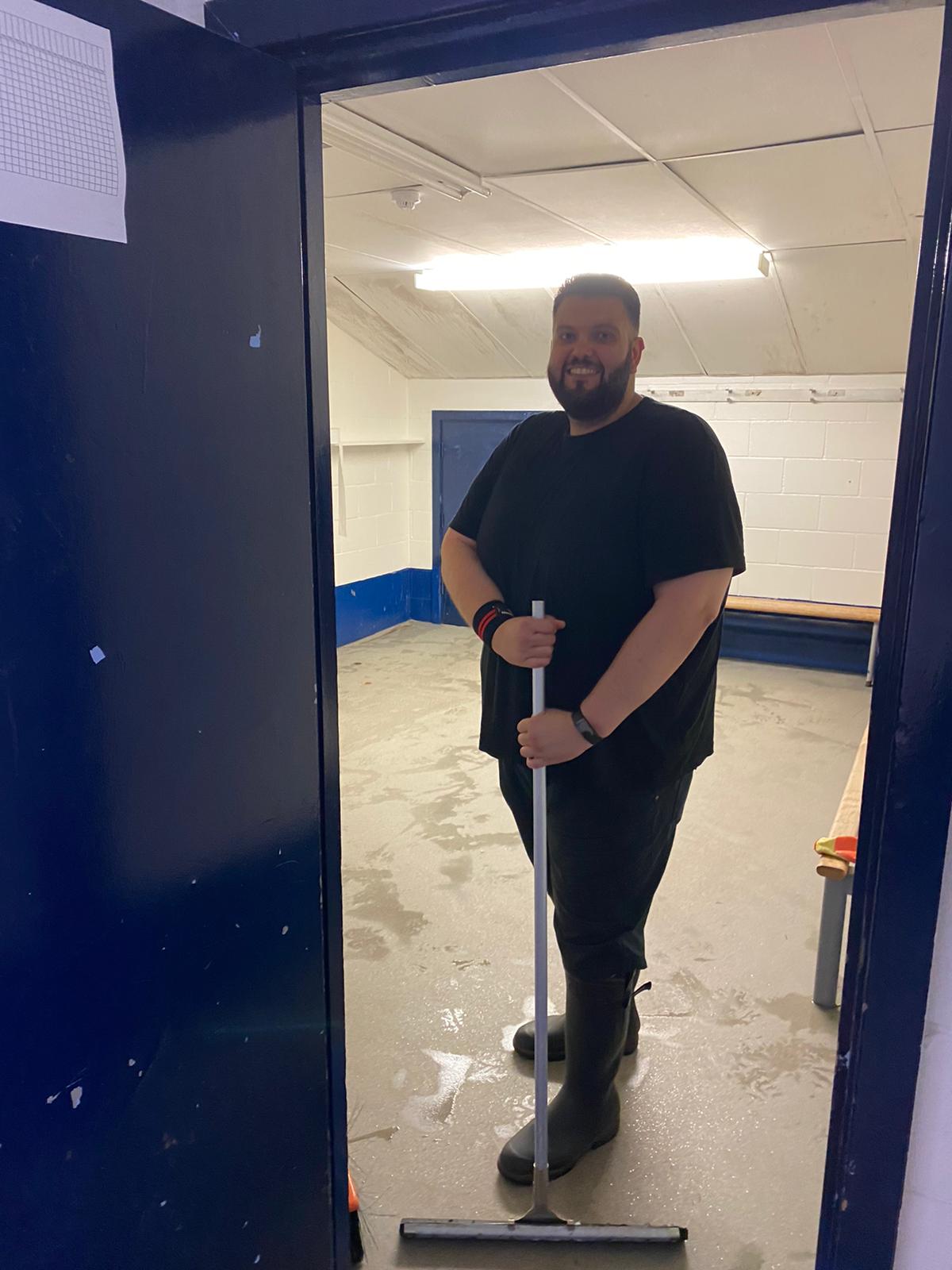 The infamous Wild Dulwich Tomato had returned – this intrepid plant, once seen nestling at the back of the home terrace like a proud Rabble member, had risen phoenix-like at the front of the steps, presumably for a better view of the first goals of the season. Unfortunately, it was so focused on Dulwich’s 2020-21 season hopes that it didn’t bother to produce anything bruschetta or chutney worthy. A disappointing performance from a once bright hope, and it was once again relegated to the green bin with the other invading plantlife. 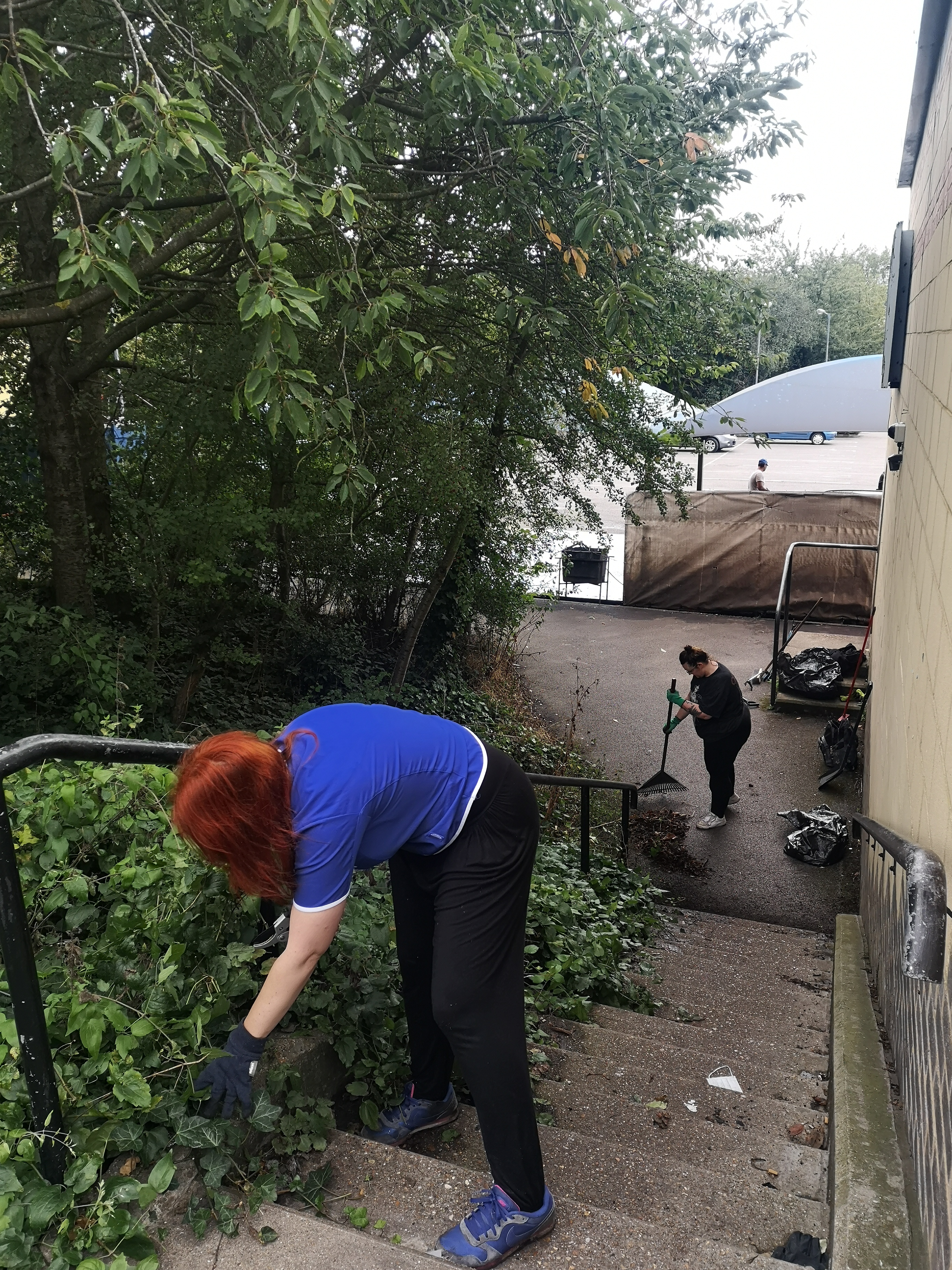 As the volunteering effort continued into early September, indoors a big refresh took place indoors. The boardroom was given a sparkling repaint, and one intrepid fearless Trust member took on the daunting but vital task of giving all of the toilets a glow-up. They now gleam so brightly they were recently picked up in photos taken by Reuters satellites passing overhead. The undercarriage of the building was cleaned thoroughly, ensuring players would have sparkling locker rooms to return to, and the kit room got new shelves. In the stands, volunteers litter-picked before the seats were jet washed.

Sitting in the stands surveying the fruits of their work at the end of each day, the volunteers had every reason to feel a collective sense of pride and satisfaction. More than this, though, the team effort helped friendships old and new to blossom. While we waited to find out when DHFC could reopen its doors, a number of the volunteers met up to enjoy a match at neighbouring Peckham Town FC. The camaraderie and friendships born of helping out at the Hamlet are one of the greatest rewards for getting involved with volunteering.

By now Champion Hill was looking dazzling. But running a football club during a pandemic requires more than mere cleanliness. The club devised a zoning system across the club, dividing the premises broadly into public and private areas, with strict rules that staff, volunteers and visitors were to keep to their designated zones to help maintain social distancing. Every visitor to the club, whether a player, fan or volunteer, would fill out a short COVID Test and Trace form, and would be temperature-checked on entry. Huge vats of hand sanitiser arrived at the club. As the season’s first matches approached, and DHFC awaited official confirmation that fans could return, volunteering transitioned from a cleaning project to COVID-proof preparation and match stewarding.

To aid social distancing, volunteers posted signage around the DHFC site, to help direct visitors in one-way systems around the ground and encourage social distancing. General manager Dave Wade-Brown briefed the teams on matchday stewarding. The first men’s and women’s matches were behind closed doors, and volunteers helpers were assigned to different zones. Volunteers donned hi-vis and acted as ballboys, took charge of sanitising stray footballs and returning them to the pitch, while others kept areas inside the club clean, and managed player and officials’ entry into the club. Officials warmly commended the thorough efforts of everyone involved – an encouraging start!

Finally, Dulwich Hamlet was given permission to allow supporters back through the doors. An Academy match on Friday 11 September had a small permitted audience of the players’ family members, and on that Sunday, the gates and outside bar reopened and 176 fans enjoyed a sun-soaked beast of a game as DHFC Women had a convincing win against Aylesford 8-0 in the league. 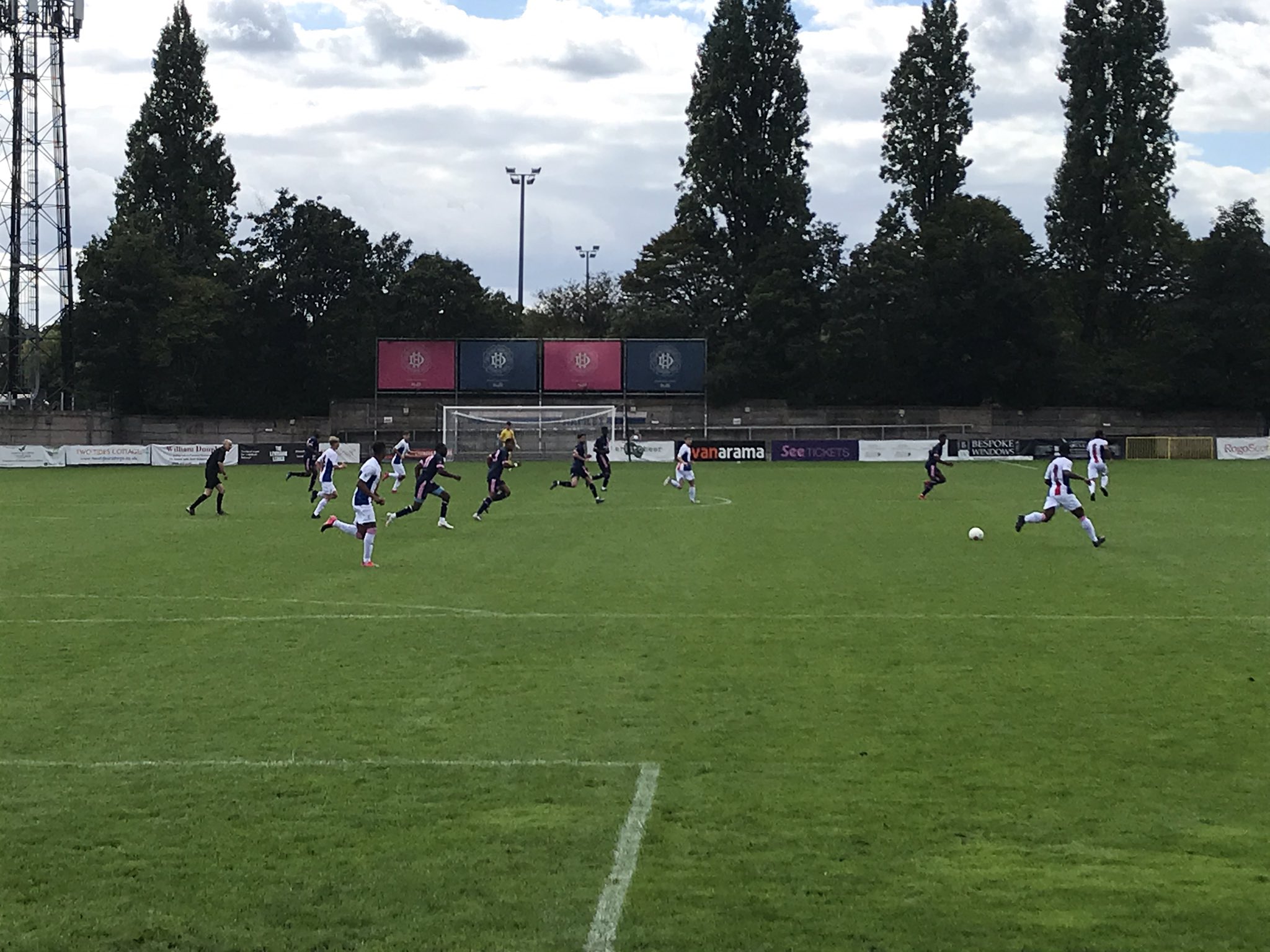 On the day, volunteers ensured every fan, player, and match official had submitted their Test and Trace form, sanitised their hands and been temperature checked. They directed fans around the new one-way system, and ensured that the biggest worry on supporters’ minds would be whether the Hamlet let any goals slip through (reader, they did not: a perfect shutout.)

The Supporters’ Trust exists to engage with fans to help the future of Dulwich Hamlet, today and in the future, and navigating these surprising times is a huge team effort. We’re enormously grateful to everyone who gave their time over the last month and helped to make it safe to welcome fans back to Champion Hill.

If you are interested in volunteering in the future, do please email us; info@dhst.co.uk